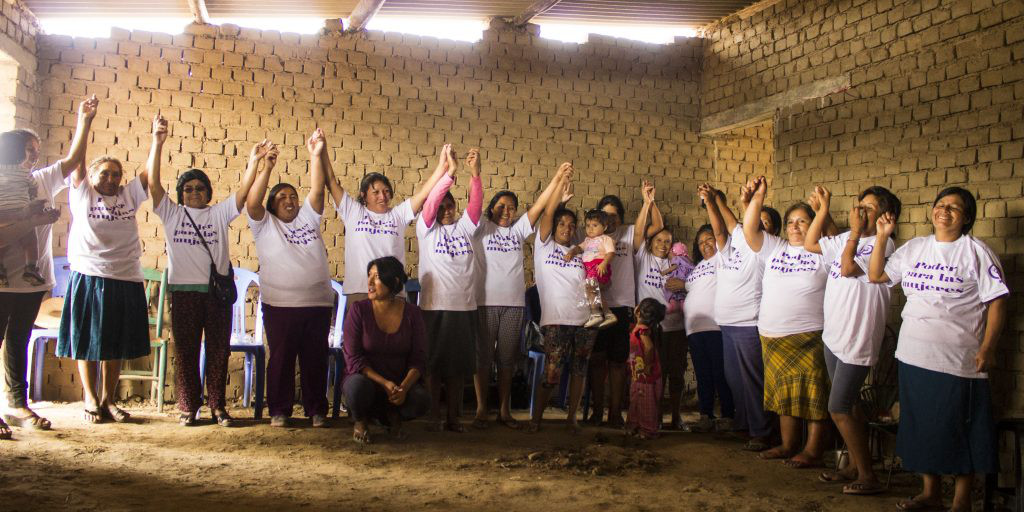 Eradicating poverty in all its forms is still one of the main challenges of humanity, as the UN states in the first goal of the Sustainable Development Goals: End of Poverty.

“Poverty is more than the lack of income and resources to ensure a sustainable livelihood. Its manifestations include hunger and malnutrition, limited access to education and other basic services, social discrimination and exclusion as well as the lack of participation in decision-making.”
UN Sustainable Development Goals, Goal 1.

In Peru there are still too many people who struggle to satisfy the most basic needs: According to INEI, as of 2017 almost 7 million Peruvians live under the poverty threshold, which is almost 22% of the population of the country. As in other parts of the world, here poverty also has a female face: in Peru the rate of women who don’t have their own income is three times that of men and the average gender pay gap is 30%.

In Sayariy we work to fight poverty throughout the community, but this gender pay gap is especially worrying to us because it turns out that inequality is not only economic or educational. It extends its roots transversely, affecting all the basic Human Rights such as the right to life, to integrity: Violence against women is the most repeated Human Right abuse in the world, and also in Peru. Inequality is present in everyday life: in opportunities, in how time is spent, in the hours dedicated to housework, childcare, care of the elderly and even free time!

We are convinced that in the fight against poverty, reaching gender equality and empowering women is not just the correct thing to do, it is actually a fundamental ingredient. Because of all these reasons, the main goal of Sayariy’s economic empowerment programs are centered on women. However, we do not just reinforce and create income resources for women, we also work with men and women on their fundamental rights, providing tools that let them be more independent and more equal, recognising their emotions, strengthening their abilities and knowledge and developing sustainable productive capacities. Little by little in these communities men and women share leadership roles, they participate in public forums, they manage their economic activities, do care-related tasks on a somewhat more equal basis, they know their rights and insist on them, and they learn how to develop and renew themselves in a sustainable way.

How do we go about it?

To achieve women’s economic empowerment, we need a human economy that works for women and men alike, and for everyone, not just the richest 1%. (Oxfam, 2017)

The process of economic empowerment transforms realities for individuals as well as for the community. Providing techniques and skills through training enables women in vulnerable and economically precarious situations to break through economic dependency and open a path to a better future. 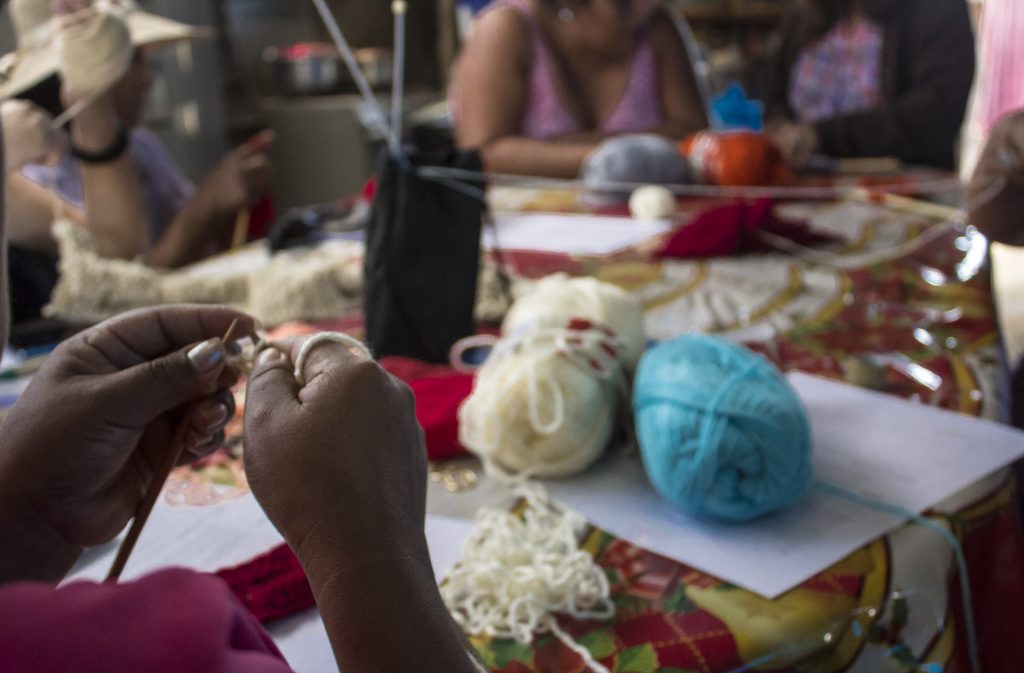 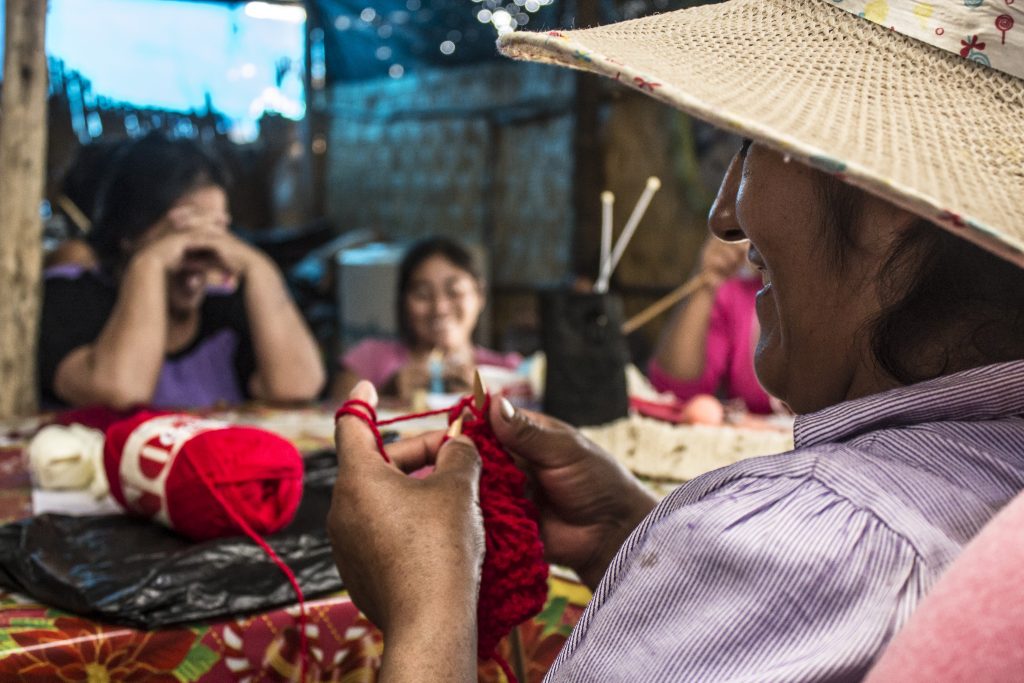 Run in Víctor Raúl V Etapa in El Porvenir, this project is about learning new abilities, not only sewing or design and product creation, but also other more general tools, basic self-development skills such as accountability, basic administration, leadership abilities and management of a communal fund run by the partners of the workshop. The women who set up this project started it after 2017, when the El Niño phenomenon left a disastrous footprint: torrential rains destroyed the areas where they lived, and local economic activity was severely curtailed. They came together and started weaving ties and opened their minds to new learning opportunities. During all this time, those who had never been to school learned about laptops, social networks and how to follow an inventory in an Excel document. The project aims to provide all the necessary cognitive resources so that in the future these handcrafted items can become a product line managed by the women of RIKUY. We work on the strengthening of their abilities, on leadership development, and on learning of twenty-first century technologies and systems. We plant the seeds of power and independence, then give space to the women participating in this project so that they can bring their ideas to fruition.

Since the end of 2018, already 3 Community restaurant programs have started at Nueva Libertad, Víctor Raúl V Etapa and Alto Trujillo. Groups of local women have gathered to create little restaurants that offer cheap and healthy menus – really affordable for the community – and that also give them an economic support that they can use both for the development and maintenance of the project as well as for establishing fair wages for the people who work in them. This is possible thanks to Supermercados Peruanos SA, who nourish these community restaurants by making weekly donations of foodstuffs that are in good condition or non-perishable.

It is an enthralling project because in addition to generating work opportunities and affordable menus, it involves a complete training process for the people who take part on it: they learn about hygiene and food handling, about nutrition, administration, accountability, community leadership and management – among others. Moreover, it is an inspiring model for other local families from the same or nearby communities: it is living proof that even if they have grown up far away from opportunities and struggling to meet basic necessities, it is possible to get organized and to empower, improving their Life Quality as well as that of future generations.

During all this process, Sayariy plays a supporting role, so that the starring role is reserved for them: empowered women who autonomously run their project. We offer the necessary training and educational resources, we follow up to ensure the correct procedures are followed, and we make the project visible so that it can expand to other parts of the city.